The online workshop is open and free for everyone upon registration.

If you are interested in participating please register till 10th November 2022.

The link for the online meeting will be send out on Friday 11th November to all registered participants.

Chemical design of the organic-based redox polymers is very interesting from the perspectives of their unique electrochemical capabilities and their use in a variety of charge-storage-devices and redox catalysts. Starting with an introduction of the rapid electron-exchanging reactions of organic redox molecules and the bi-stability of their oxidized and reduced forms, which is followed by discussion on efficient and reversible charge-separation, -propagation and -storage in the redox polymers consisting of the densely populated redox-active sites along the polymer backbone. Then it presents embodying of the redox polymers in rechargeable charge-storage-devices, hydrogen-carriers, and (photo)electrochemical hydrogen peroxide-, hydrogen-, and oxygen-production from water, including more-recent examples. The advantages of redox polymers are also noted in terms of non-biohazardous and less-limited resource-driven organic materials, as well as their environmentally-friendly applications.

Hiroyuki Nishide is a Research Professor in the Research Institute for Science and Engineering and served as a Full Professor in the Department of Applied Chemistry (1987-2018), Waseda University, Tokyo. He received his Ph.D. in 1975 and was a Research Fellow at the Free University Berlin. He is a past president of the Society of Polymer Science, Japan, and of the Federation of Asian Polymer Societies. His interests include the syntheses and applications of functional polymers, with a recent focus on organic polymers for (photo)electrochemical devices. 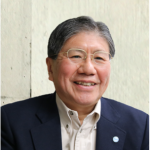 Designer macromolecules provide a platform by which to generate structured, multifunctional materials with tailored biochemical, redox, and optoelectronic properties. Furthermore, the solution-processable nature of functional polymers allows for device fabrication procedures that are compatible with high-throughput (e.g., roll-to-roll coating) manufacturing processes. As such, these macromolecules offer the promise of providing made-to-order, low-cost materials solutions to some of the most pressing polymer and soft materials challenges facing the world today. Here, we describe the computational design, synthesis, molecular characterization, and the electronic and electrochemical device application of an emerging class of redox-active macromolecules, radical polymers. Radical polymers are macromolecular materials that have flexible polymeric backbones and pendant groups that bear stable open-shell moieties. In contrast to almost all other optoelectronically-active polymers, radical polymers lack backbone conjugation and are completely amorphous in the solid state. Despite this shift in macromolecular design archetype, we demonstrate that the solid-state electrical conductivity of a designer radical polymer exceeds 20 S m-1, and this places this non-conjugated polymer conductor in the same regime as many grades of common commercially-available, chemically-doped conjugated conducting polymers. Thus, this work presents an alternate design paradigm for next-generation organic electronic materials. Additionally, radical polymers are intriguing due to their ability to serve as mixed ionic and electronic conductors, and we show their utility in multiple device archetypes with an emphasis on recent results in the realm of next-generation mixed electronic-ionic conductors. In this way, we highlight how elucidating the connections between molecular design and mixed transport allows for improved device performance.

Bryan W. Boudouris is a professor in the Charles D. Davidson School of Chemical Engineering and a professor (by courtesy) in the Department of Chemistry at Purdue University where he is also serving as the Associate Vice President for Research, Strategic Interdisciplinary Research. He recently served on an Intergovernmental Personnel Act (IPA) assignment as a Program Director in the Division of Materials Research at the National Science Foundation. He received his B.S. in Chemical Engineering from the University of Illinois at Urbana-Champaign in 2004. After receiving his Ph.D. in Chemical Engineering from the University of Minnesota in 2009, he conducted postdoctoral research from 2009 to 2011 at the University of California, Berkeley and Lawrence Berkeley National Laboratory. Since joining Purdue University in 2011, he has been the recipient of a number of awards including the AFOSR YIP award, the DARPA YFA, the NSF CAREER Award, the AIChE Owens Corning Early Career Award, the Saville Lectureship at Princeton University, and the John H. Dillon Medal from the APS. His group’s current research interests include the design, nanostructural characterization, and implementation of soft materials in applications that encompass: (1) polymer-based energy conversion and bioelectronic devices; (2) membranes with high fluxes and high selectivities; (3) high-performance gas sensors; and (4) the creation of photopolymerized materials using continuous 3-dimensional (3D) nanoprinting. 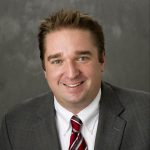 The ability to store large amounts of electrical energy is of increasing importance with the growing fraction of electricity generation from intermittent renewable sources such as wind and solar. Wide-scale utilization of flow batteries is limited by the cost and limited scalability to grid-scale of redox-active metals such as vanadium or precious metal electrocatalysts. We have developed high performance flow batteries based on the aqueous redox behavior of small organic and metalorganic monomers. These redox active materials can be inexpensive and exhibit rapid redox kinetics and high solubilities, potentially enabling massive electrical energy storage at greatly reduced cost. We have developed protocols for measuring capacity fade rates, which are particularly important for establishing very low capacity fade rates, and have discovered that the amount of lost capacity is determined by the molecular calendar life, which can depend on state of charge, but is independent of the number of charge-discharge cycles imposed. I will show how an understanding of molecular decomposition mechanisms has permitted us to design molecules with decadal projected lifetimes and even to reverse capacity fade by recomposing decomposed molecules.

Michael Aziz has been a member of the faculty at what is now the Harvard John A. Paulson School of Engineering and Applied Sciences since he joined in 1986 and is now Gene and Tracy Sykes Professor of Materials and Energy Technologies. His recent research interests include novel materials and processes for energy technology and CO2 capture and sequestration. He directs multi-investigator research programs on stationary electrical energy storage and porous electrodes. He is co-inventor of the organic aqueous flow battery and, in 2021, co-founded Quino Energy, Inc., an aqueous organic flow battery startup. He is a Fellow of the American Physical Society, the Materials Research Society and the American Association for the Advancement of Science and is the co-recipient of the 2019 Energy Frontiers Prize from Eni. 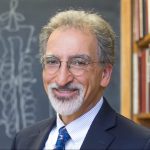 Redox-active polymers are the key materials for new energy conversion devices – ranging from small and printable polymer-based batteries to large-scale polymer redox flow batteries. The huge variety of different redox moieties available in combination with the large tool-box of macromolecular chemistry open up a very large parameter space of possible combinations and materials. However, considering the different possible applications, the required properties of the polymeric material change. In the talk, the different prerequisites for redox-active polymers will be discussed considering the different battery types. General design guidelines will be discussed.

Martin D. Hager completed his PhD in 2007 at the Friedrich Schiller University Jena in the group of Prof. Elisabeth Klemm, working on conjugated polymers for polymer solar cells. After postdoctoral research at the TU Eindhoven, in 2008 he became a group leader for self-healing materials as well as polymers & energy in the group of Prof. Schubert at the FSU Jena. His research interests include reversible polymer systems for self-healing applications, conjugated polymers for solar cells, as well as redox-active polymers for batteries (from small printable devices to large redox-flow-batteries).

The expected growth over the next few years in the battery sector is huge, with approximately 7 million tons of new batteries manufactured per year. This growth is mainly triggered by the deployment of the electric vehicle and by the energy storage coupled to wind and photovoltaic generation. However, the massive development of the sector could become an environmental problem since most commercial batteries are based on inorganic materials such as lithium, nickel and cobalt in lithium-ion batteries or vanadium in flow batteries. These materials are scarce, their production in some cases is not sustainable and some are even toxic. In this context, the replacement of these materials by organic compounds based on elements as abundant as C-H-O-N has become a very promising alternative. Among the huge variety of redox-active polymers, here I will present our recent research on Conjugated Microporous Polymers (CMPs) having redox functionalities as excellent candidates for battery electrodes. Conjugated microporous polymers (CMPs) are a unique subclass of amorphous polymers that combine extended π-conjugation with inherent 3D permanent microporosity, large specific surface area and high physicochemical stability. In this talk, I will present the synthesis of anthraquinone-based CMPs (named IEP-11) by combining miniemulsion polymerization method as a strategy to get nanostructured polymers exhibiting ultrahigh specific surface area (>2000 m2 g-1), dual micro-mesoporosity, and easy processability. Moreover, we also present our latest results on the fabrication of hybrid electrodes by combining Anthraquinone-based CMPs with nanocarbons and further processing into self-supported buckypaper electrodes for Li-ion batteries. This effective method enables high-mass-loading hybrid electrodes (up to 60 mg cm-2) with low carbon content (20 wt%), which attained high gravimetric capacity (83.7 mAh gelectrode-1), high rate capability (0.8 mAh cm-2 at 10C) and outstanding areal capacity (6.3 mAh cm-2). These are the highest values reported for an organic electrode in Li-ion batteries, constituting a great leap forward in the development of practical organic batteries. Finally, I will show the performance of hybrid IEP-11 and also the recently developed phenazyne-based CMPs as organic electrodes in aqueous batteries.

Dr. Marcilla got the PhD degree in Chemistry at the University of the Basque Country (2006). She received the prize for the best PhD thesis in polymer science in 2005-2006 by the Spanish Polymer Group (GEP-RSEQ). Her international experience started with a research stay at the Eindhoven University of Technology (Chemical Engineering and Chemistry-Polymer Chemistry) and continued with a Postdoctoral stay at the University College London (London Center for Nanotechnology). After her PhD, she joined the technological centre CIDETEC (Centre for Electrochemical Technologies) where she acquired wide experience in conducting polymers and polymer electrolytes based on ionic liquids. In 2010, she joined IMDEA Energy Institute in Madrid, being awarded with a prestigious “Ramón y Cajal” fellowship in 2011. Her main research interest is the development of electrochemical energy storage devices including supercapacitors, solid-state batteries and Redox Flow Batteries. She is co-author of more than 100 scientific papers (WoS) in international journals, more than 90% in Q1 and about 10% in D1 achieving a meritorious h-index of 41 with more than 5000 citations. She is also co-author of 4 book chapters and 7 patents, some of those in collaboration with private companies. She has participated in more than 70 international Congresses (more than 10 as invited talks). She has been involved in more than 30 research projects funded by Regional, National and European administrations and private companies. She has been PI of more than 15 research projects, including those consecutively funded by the Spanish Government though the National Excellence Program: SUPERLION (ENE2012-31516), MATCAT (MAT2015-64167-C2-1-R) and SUSBAT (RTI2018-101049B-I00) and several European projects such as two Marie Curie ETN Projects (ITN-RENAISSANCE and ITN-POLYSTORAGE) 1 FET-Proactive (Light-cap), and one ERC Consolidator Grant (MFreeB). She has supervised more than 10 post-doctoral researchers and 12 PhD Thesis (6 already finished). 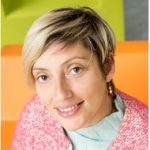 Redox Nitroxide-Containing Polymers: How to Make Them Useful for Li-ion Batteries?

A rational management of the energy resources and consumption is at the center of the preoccupations of a world in constant development. In this context, a sustainable development and exploitation of the energetic resources is asked, necessitating practical and quick solutions to direct the economy towards an energetic autonomy. This presentation is centered on the development of novel energy storage systems with enhanced performances through original electroactive material chemistry based on nitroxide-containing polymers. Deciphering the fundamental flaws and building better organic batteries is our primary target, the long-term goal of this research being the development of sustainable all-carbon-based batteries. Based on this, we focus on different complementary yet, distinct directions with specific goals: improve and develop new organic radical materials for pseudo-capacitive energy storage by engineering high energy density nitroxide radical containing block copolymer architectures; and develop either hybrid organic-inorganic electrochemical energy storage materials or hybrid supercapacitor redox polymer gels that combine best-of-both world characteristics. Accordingly, this research aims the design and development of novel electroactive organic materials and architectures and, by doing so, develop faster, safer and longer-lasting organic batteries, capacitors and their hybrids. 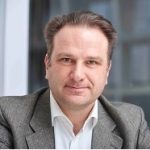